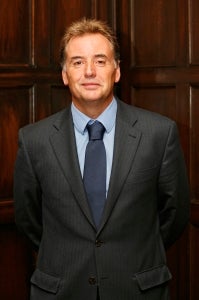 This reshuffle has come about after the incorporation of the procurement and construction division into power, oil and gas, in which SENER carries out its turnkey (or EPC) projects. As a result of these changes, Borja Zárraga, until now the General Manager of power, oil and gas, will move into a new position as the Business and Product Development Manager, and will continue at the helm of the oil and gas, power, gas solutions and environment departments.

An industrial engineer with a degree from the Higher Technical School of Engineers ETSI of Bilbao (Spain), José Olaso also has a Senior Management qualification from the IESE business school, also in Spain.

He joined SENER in 2000 and, within the group, has held the positions of Specialist Engineer, Project Manager, Manager and General Manager of Procurement and Construction. His professional career within SENER has focused on the area of turnkey projects, with key examples including the combined cycle power station in Boroa, the Zabalgarbi MSW-to-energy plant and the central tower thermosolar plant Solar Tres, the forerunner of the innovative Gemasolar plant, for which José Olaso was also Project Manager.

His experience prior to working for SENER included positions at the environmental consultancy company Auditech and at USF-HPD (Vivendi Water), where he gained international experience through working in places such as Europe, the United States, Indonesia, Japan and India.

In recent years, SENER has built up an important presence in the area of engineering and construction for energy production plants, and has become a technology solutions and EPC projects’ company recognised the world over for its execution of technologically complex turnkey projects in Europe, America, Africa and the Middle East.

Its project portfolio includes large-scale works such as the LNG Gate terminal in Holland, the solar plant Gemasolar in Spain, and Bokpoort in South Africa, the NOORo solar complex in Morocco, the petrochemical plant CCR La Cangrejera in Mexico, the combined cycle power station Empalme I, also in Mexico, and used oil refining plants for the production of new lubricant bases such as Ecolube, in Spain.