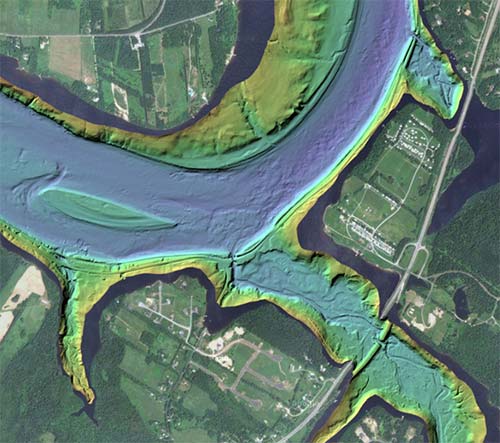 The IHO compliance consists of various criteria including vertical accuracy and target detection standards. In order to assess IHO-S44 compliance, these criteria were tested during an experiment performed by the Ocean Mapping Group at the University of New Brunswick.

During the testing, which took place in February, 2014, bathymetry data from the M3 was collected in depths ranging from 15m to 40m. The test targets were a series of standard concrete 1m cubes laid along 20m and 40m contours.

The results confirmed that the M3 Bathy is capable of achieving bathymetric survey data that meets two orders of IHO standards. Specifically:

"This is an important milestone for the M3 Bathy as it continues to penetrate the market of low-cost multibeam echo sounders," says Aziah North, sales manager, Kongsberg Mesotech.

"Already suitable for a wide range of applications including pipeline profiling survey and subsea inspection the M3 can now be used for high-quality IHO S-44 standard shallow water survey, making it an even more diverse tool for the international hydrographic community."

The core of the M3 Bathy is Kongsberg Mesotech’s M3 Series MultiMode Multibeam Sonar. The M3 Sonar is the only instrument in its price point that produces high-quality imaging records and 3D profiling point cloud data using the same sonar head. It provides high-resolution and easy-to-interpret images by combining the rapid refresh rate of conventional multibeam sonar with image quality comparable to that from a single-beam sonar system, making it a high-quality, cost-effective option for IHO S-44 compliant survey projects.