ITT is a global engineering and manufacturing company. As a major supplier of sophisticated military defense systems, ITT provides advanced technical and operational services to a broad range of government agencies. The company is the world’s premier supplier of pumps, systems and services to move and control water and other fluids. ITT produces connectors, switches, keypads and cabling used in telecommunications, computing, aerospace and industrial applications, as well as network services. Further, ITT makes industrial components for a number of other markets, including transportation, construction and aerospace.

ITT RSS manufactures a variety of equipment for the ELINT (Electronic Intelligence), ESM (Electronic Support Measures), and SIGINT (Signal Intelligence) marketplace. These systems are designed for installation on aircrafts, ships or ground mobile/fixed sites. Typical applications include reconnaissance, surveillance, maritime patrol, situational awareness and air defense systems. In essence, these systems provide the operator with data that provides an electronic overview of the battlefield – the types of radar emitters present in the environment, their location and their classification. This enables the operator to reliably ascertain the answer to fundamental questions such as “Who is out here?” and “Where are they?”

ITT is a leader in defense surveillance radars, providing innovative solutions for military, civilian, and dual-use purpose applications since 1942. 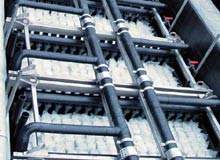 This self-contained, combination acoustic and magnetic mine sweeping system is designed for use on the MH-60 Organic Airborne Mine Countermeasures (OAMCM) helicopter that will deploy from the US Navy’s Littoral Combat Ship (LCS). As part of the Mine Warfare Mission Package, OASIS creates a magnetic and acoustic signature that mimics the signature of an approaching ship, causing the mine to detonate while the helicopter and crew remain at a safe distance. This allows a safe path of transit for Navy ships.

The MARC S3 is a reliable multi-mission capable platform that can be configured to meet specific requirements of naval and coastal security forces around the world. This system, primarily developed to support unmanned minesweeping operations, is ideal and can be adapted to missions in the littorals, port security, shoreline surveillance and anti-submarine warfare operations. It is the benchmark when modular, high speed, remotely controlled or autonomous, mine clearance operations are required.

ITT Corporation, teamed with Boeing Company is among the four companies selected by the US Navy to provide the Navy’s EA-18 Growler aircraft with a significant new electronic attack capability that will allow the US Navy to maintain spectrum dominance – control of all electronic signals in a battle area – in both conventional and irregular warfare for many years. The ITT-led Team has submitted its proposal for the Technology Maturation Phase of the US Navy’s Next Generation Jammer competition. In this phase, contractors will refine and document their system concepts and equipment. In the following phase, a down select planned for 2011, the Navy is expected to award two Technology Demonstration contracts to incorporate the best proposed technologies.

The ALQ-214 features autonomous operations in hostile environments that protects both aircrew and aircraft against RF threats. The system is designed to counter RF guided threats with proven ECM techniques. Threats are identified, prioritized, countered and displayed to the operator by the modular, software reprogrammable system.

The ALQ-214 system will provide self-protection capabilities to the US Navy’s F/A-18E/F Super Hornet well into the future.

ITT is also one of the largest suppliers of piezoelectric ceramic shapes, materials and value-added assemblies which include naval, medical, industrial and safety applications.

The US Naval Sea Systems Command has awarded ITT a contract to produce 425 Band C systems and their related spares and equipment for $16.7m. Band C is an upgrade for the US military's installed base of vehicle-mounted systems that prevent the detonation of radio-controlled improvised explosiv