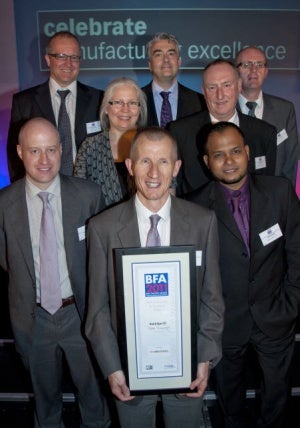 Brüel & Kjær Vibration Test Systems (VTS) will be presenting one of the sessions at this year’s Best Factory Awards Conference, running on 27 – 28 March 2012 at Chesford Grange, Kenilworth.

Dr Lawrence Grasty, managing director, and Andrew Turner, head of operations at Bruel & Kjaer Royston, will host a session focusing on ‘agility and workforce ability’ – describing how the vibration test systems manufacturer cut inventory, which resulted in a 50% cut in their lead times.

The winning manufacturers in the 2011 Best Factory Awards all showed how a dedicated approach to continuous improvement and innovation can achieve amazing results.

Brüel & Kjær VTS was ‘highly commended’ at the Best Factory Awards 2011, held in October, last year. The company was a runner-up in the Best Electronics and Electrical Plant category.