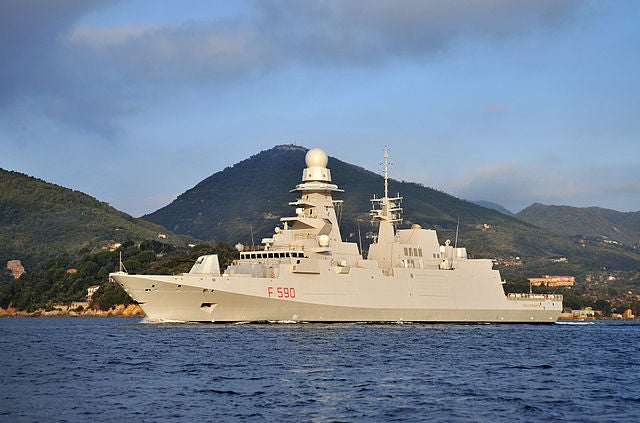 The Italian Navy is seeking to develop a new generation of low-cost vessels with dual-use capability, chief admiral Giuseppe De Giorgi has announced.

Speaking during an interview with Defense News, De Giorgi was quoted as saying that the concept of the new warships was still in early stages and that a preliminary approval for six vessels was already granted by the general staff.

"The ship I have in mind to accompany the FREMMs would be conceived from the start as dual use, fast and modular," he said.

Dubbed ‘simplified FREMM’, the 4,000t vessels will be capable of making space on deck for containers, while serving as floating hospital in disaster zones and participate in conficts if required.

Capable of cruising at a speed of 35k and costing around two-thirds of the price of a FREMM, the new vessels will be armed with a 127mm gun on the bow and a 76mm gun in the stern, while its flexible design will enable integration of additional weapons in future.

De Giorgi further described that the new ship will feature a hangar for two NH90s or one AW101 helicopter and a fixed-array radar, as reported by the news agency.

"We need to replace the Maestrale-class and the Soldati-class of vessels, as well as the corvettes and patrol vessels, which are on average 30 years old."

Plans for new 125m-long and 15m-wide high-speed vessels comes at a time when the Italian armed forces are facing intense budget cuts and set to decommission around 30 naval vessels over the next decade.

"We need to replace the Maestrale-class and the Soldati-class of vessels, as well as the corvettes and patrol vessels, vessels which are on average 30 years old," De Giorgi said.

Powered by a combined use of turbines and diesels, around 12 vessels are likely to be procured by the navy.

"We have reactivated our centre for ship design to optimise costs, to reduce spending on development and increase money available for production," Giorgi added.

In addition to the new vessel, the navy is planning to procure a new submarine rescue ship with oceanographic capabilities, as well as a supply ship, to boost its naval capabilities.