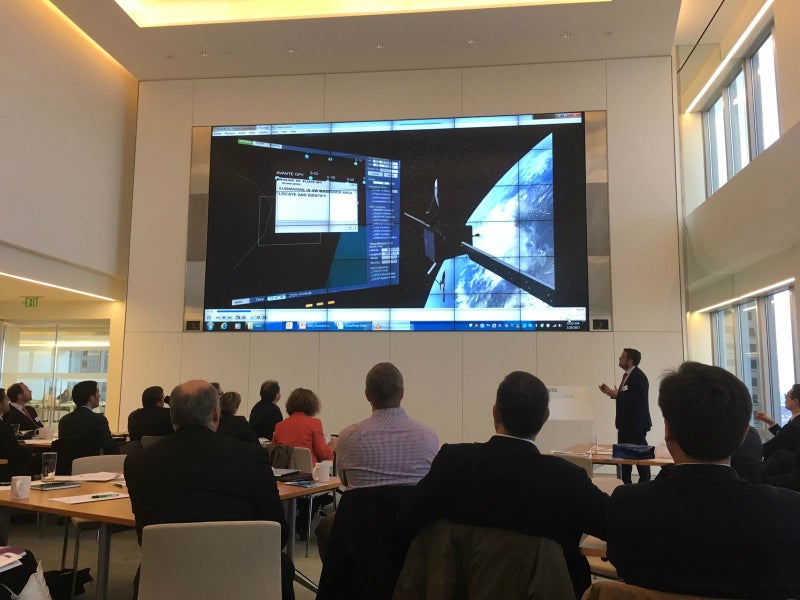 On 8 May, meetings took place in the Andalusian Technology Park, which belongs to an aerospace-sector trade mission organised by Extenda, a trade promotion agency of Andalusia.

During the meetings, SAES showed its technological capabilities and airborne ASW products to major US and Canada companies in the sector.

The meeting followed on from previous trade missions held between the 23 and 30 March in Canada and the US.

SAES is the only Spanish company that provides aircraft with anti-submarine warfare systems on an international basis. Specifically, ROASW and SPAS systems have been commercialised for Spain, Brazil, Chile and Sweden.

SPAS system is a solution for MPAs. It is an acoustic system to detect, localise and track submarines and surface ships based on an analysis of acoustic signals acquired by deployed analogue or digital, passive and active sonobuoys.

ROASW system is the solution indicated for naval warships and helos. As well as being a powerful acoustic processor, ROASW provides interoperability among different platforms such as surface ships, frigates or corvettes, helicopters, and UAVs. This achieves a common operations scenario among all the resources deployed.