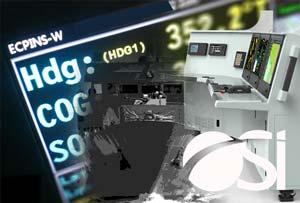 The three ships are being built in India by the ABG Shipyard.

INTS is an integrated navigation and tactical bridge system designed specifically to meet the needs of the military naval vessel market.

Fully scalable, INTS can be purpose designed for small craft, such as patrol boats up to major warships.

Featured within INTS is an array of multi-function consoles, which display navigation and tactical outputs such as radar, xonning, and OSI’s electronic chart precise integrated navigation system (ECPINS®).

ECPINS for warships is an International Maritime Organization (IMO) approved ECDIS; the only ECDIS independently certified against Nato WECDIS STANAG 4564.

OSI to Feature at Sea-Air-Space Exposition

OSI Maritime Systems (OSI) is pleased to announce the awarding of a contract to deliver...

OSI Maritime Systems (OSI) is proud to announce the official opening of its newest office,...