SENER to Feature FORAN software as Main Projects at DSEI 2013 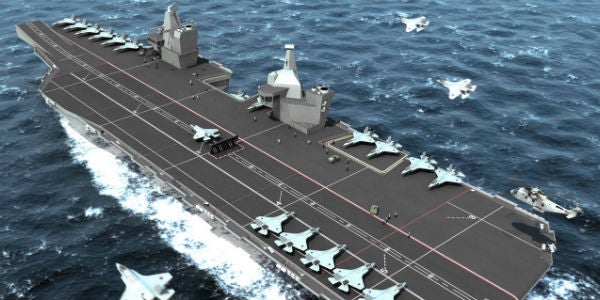 SENER will be showcasing the latest developments of their FORAN software at this year’s DSEi event.

The engineering and technology group SENER will showcase their products at the DSEI exhibit, the world’s largest defense and security event, which is held from 10-13 September 2013 at the ExCeL convention centre in London.

SENER’s engineering and construction division will present at the exhibition new developments and projects in two large fields of activity: the naval sector and the defense sector.

In the naval sector SENER will show its new developments in the FORAN system, the CAD/CAM software for the construction of ship and offshore devices that is licensed in more than 150 shipyards and technical design offices and is one of the most used software systems in this sector.

It covers all the design disciplines in a single integrated solution and offers a modular structure. The series of frigates F-310 built at Navantia for the Norwegian Navy, the landing helicopter dock (LHD) for the Spanish Navy, also built by the said Spanish group, and the border guard ship P-22460 for Russia, designed by Severnoye Design Bureau, have been designed and built using FORAN. An additional project includes the Queen Elizabeth Class aircraft carrier for the Royal Navy, which is being built at the British shipyards BAE Submarines, BAE Surface Ships and Babcok Marine.

In defence, SENER will present engineering and production projects of actuation and control systems (ACS) for missile applications, an activity in which SENER is a benchmark in Europe and a leading company in Spain, along with intelligence, surveillance and recognition (ISR) applications and integrated systems.

Among the system integration programs that will be shown at the company’s booth stand are; the TAURUS KEPD 350 programme, a long-range missile, for which the company has developed serial production of several hundred units of the Fin Actuation SubSystem (FAS). It is also the prime contractor in the acquisition program of the F-18 hornet for the Spanish Air Force, which includes integration with the aircraft, supply of missiles and land support equipment.

The company will also present its short-range missile IRIS-T in both its versions, air-to-air (AA) and surface launch (SL), in which SENER is the design authority and sole supplier of the control section for the entire production process. It also provides assistance and support for the integration of the AA version in the EF-18 aircraft of the Spanish Air Force.

SENER will also give an insight in the RBS 70 NG system, the new generation of the very short range air defense (VSHORAD) system, and in the actuation and control systems of the European METEOR program, the most advanced long range air-to-air missile worldwide. SENER has developed, and currently produces, the fin actuation subsystem (FAS), as well as the Naval Strike Missile (NSM) program, a surface anti-ship missile, usable both in oceanic and coastal waters.

Concerning ISR applications, SENER will be showcasing its work as a responsible supplier of the optical instrument of the SEOSAT/INGENIO satellite, the Spanish Earth Observation Satellite.

For the past 45 years, SENER has supplied equipment to the defence and security, space, and aeronautics and vehicles markets, providing systems integration and engineering services. In all these areas, it has succeeded in achieving a progressive increase in the level of responsibility. For this reason, the company deals currently with more and more complex systems and has also been awarded contracts of increasingly greater economic value.

Likewise, the development of the FORAN software started 45 years ago and today SENER still continues making great efforts in order to innovate and upgrade it, year after year, to ensure that FORAN remains the most comprehensive and advanced shipbuilding system available on the market.

SENER has released a magazine, highlighting its 25 years in the space, astronomy and healthcare industries.

As a result of the increased pressure to reduce cost and delivery times of modern ships and submarines, many shipyards are revising their processes and...