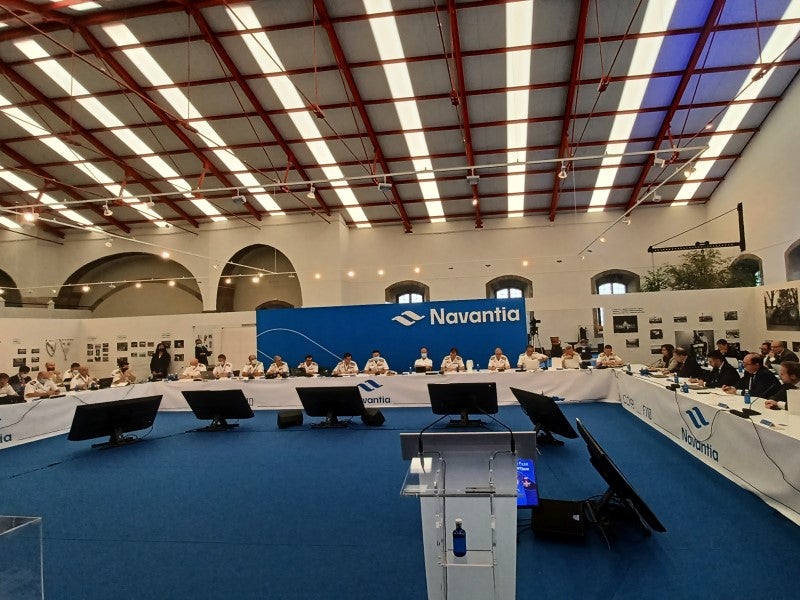 Navantia, the Spanish Navy and Spanish Ministry of Defence have successfully concluded the critical design review (CDR) of the F-110 frigate programme, which means the culmination of the ship’s design and its readiness for full-fledged production.

This milestone, key in the development of a system as complex as the F-110 smart frigate, is a fundamental element within the programme, as it ensures that the design developed by Navantia meets the capabilities requested by the Ministry of Defence.

The construction of the first pilot blocks of the F-111, the first of its class, beNavantia, the Spanish Navy and Spanish Ministry of Defence have successfully concluded the critical design review (CDR) of the F-110 frigate programme, which means the culmination of the ship’s design and its readiness for full-fledged production.gan last April, in a cut of first steel ceremony led by the President of the Government, Pedro Sánchez. The beginning of the manufacturing, as well as the progress in the purchase of equipment and materials, have made it possible to reach the CDR with a full guarantee of production work and properly trained personnel. All five F-110 class frigates will have been delivered by 2032.

The development of the design, fully validated after this review, has included a significant contribution from suppliers and collaborating industry, which has had to adapt its proposals to the new developments and capabilities that the frigate will incorporate.

In fact, this CDR has included new elements not contemplated in previous programmes, given the digital and smart profile of the new frigate, analysing the functionality of the future Digital Twin.

Thus, this milestone boosts Navantia’s international strategy, as the F-110 design is now ready to be showcased to international partners.

The CDR process began last December and has been fulfilled in June with around 30 technical sessions and two plenary sessions held at Navantia shipyard in Ferrol, on 21 and 22 June. The level of technical maturity of the F-110 design is the highest ever reached in Navantia’s programmes.

The plenary sessions were attended by representatives of the Ministry of Defence, the navy and Navantia, as well as the US Navy and top-level suppliers, such as Lockheed Martin, Indra, Thales, Ingeteam and Ferri. On Thursday 23 June, the CDR closed with the executive session, which was attended by officials from the Directorate General for Armaments and Material (DGAM), the Navy’s Logistics Support Headquarters (JAL) and the Naval General Staff (EMA).