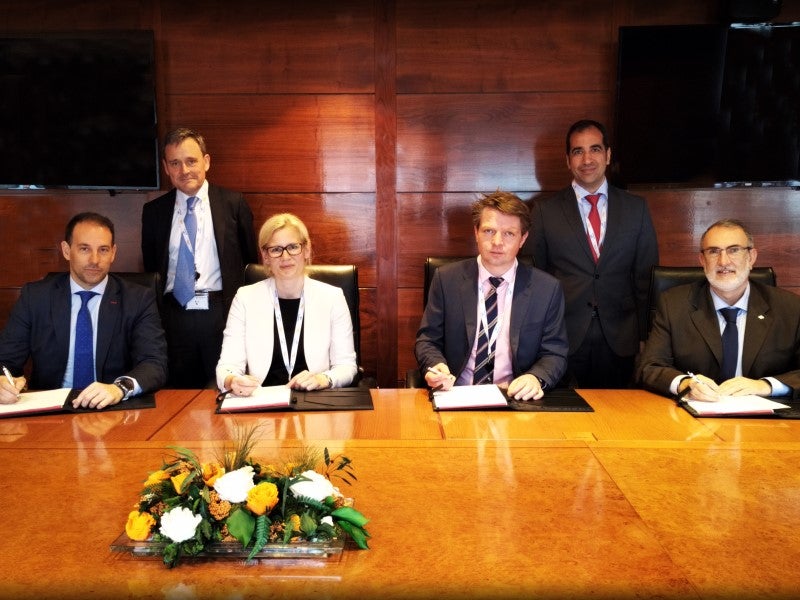 Navantia and the German company MAN Energy Solutions have signed an agreement to extend the licence by which the Spanish company manufactures engines to equip the ships built by the Spanish company. So far, Navantia’s engine factory in Cartagena has manufactured almost 500 engines under licence from MAN, including marine and stationary applications, since 1965.

The licence agreements concern both the construction of four-stroke engines and collaboration in the procurement of the necessary spare parts. LHD, AOR or LPD type ships, built by Navantia, carry engines built in the Cartagena factory under licence from MAN.

These agreements will be in force for the next decade and involve the transfer of MAN’s industrial and intellectual property rights to Navantia, implying a transfer of technology and knowledge, which allows the shipbuilder to have a catalogue of products updated to the most advanced state of the art.

The different aspects of these agreements generate business opportunities for Navantia, as they include the granting of licenses for marketing, engineering, manufacturing, as well as Life Cycle Support for the engines, from the very moment that the commercial action of a ship that includes MAN engines begins.

This agreement means, for Navantia and the national industry, not only the creation of an important workload but also a transfer of technology that can open other lines of business.