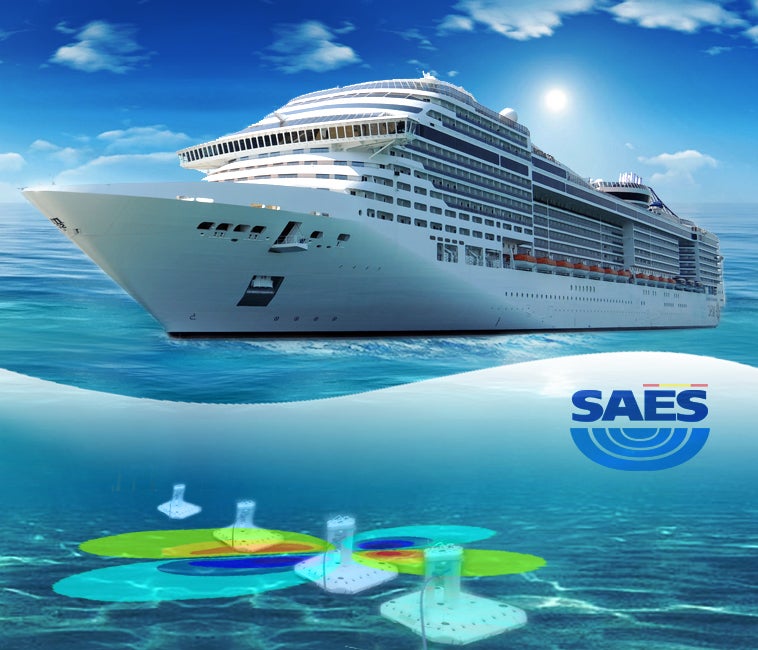 SAES has presented its latest study on noise pollution in the marine environment within the Spanish Congress of Acoustics ‘TecniAcústica 2015’, held in Valencia and organised by the Spanish Association of Acoustics (SAE).

The study, entitled ‘Caracterización y patrones de evolución del ruido medioambiental submarino en un entorno de aguas poco profundas en el Mar Mediterráneo’ (‘Characterisation and patterns of evolution of the underwater environmental noise in shallow waters at the Mediterranean Sea’), has been realised from the measurement of underwater ambient noise for a year on the coast of Cartagena and has been analysed to search daily and seasonal patterns of noise variation.

The increasing human activity in the marine environment is entailing a continuous growth in its acoustic ambient noise levels, which affects the marine fauna wellbeing.

In order to try to mitigate these effects, the nations are developing normative, as the Marine Strategy Framework Directive (MSFD) promulgated by the European Union (EU), aimed to achieve the Good Environmental Status (GES) of the EU’s marine water by 2020.

Additionally, several organisations are working to establish measurement methodologies and standards that allow regulating of the underwater noise emissions.

To assess the extent to which the BEA is being achieved, the European directive establishes a set of qualitative descriptors; the number 11 refers specifically to the introduction of energy in the marine environment and includes the underwater noise, which two indicators correspond to impulsive sounds and continuous low-frequency, have been defined to monitoring them.

Based on the above, the study aims to present the analysis based on a set of acoustic parameters selected of the acoustic measurements of surface ships and ambient noise for characterisation, in order to raise awareness on their use, domain of applicability and operation of the information provided, as well as the analysis of the evolution of ambient noise levels in a particularly noisy marine area within the vicinity of a commercial port, and focused on both the impulsive noise and the continuous low-frequency noise, following the guidelines of the descriptor 11 of the Marine Strategy Framework Directive.

The analysis of the measures that have been obtained by the MIRS system manufactured by SAES and capable of recording and analysing the underwater multi-influences, namely acoustic, electric, magnetic, seismic and pressure, leads to the conclusion that the noise levels suffer significant changes according to the season and time of day, being increased at the periods of increased port activity, and reaching high levels that could represent a risk for the marine fauna in the study area.

These findings add to a series of studies, activities and national and international projects in which SAES participates, with the aim to further the development of standards to meet the preservation of the marine environment.