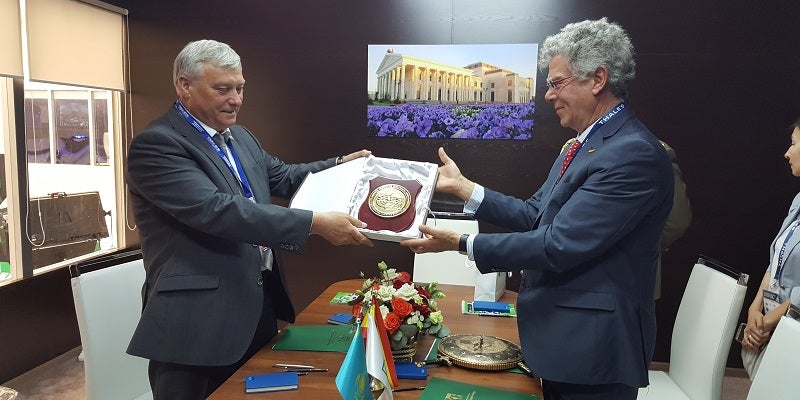 SAES and the Kazakhstani GIDROPRIBOR have signed a memorandum of understanding (MoU) to supply underwater systems to the Armed Forces of Kazakhstan.

By the agreement, signed in Astana (Kazakhstan), while the fourth edition of KADEX Defence Exhibition was being celebrated, the collaboration between these companies has been reinforced. They already signed in 2014 a memorandum of cooperation for joint production and marketing of Diver Detection Sonars (DDS-03).

This new pact establishes the basis for the production and marketing of underwater surveillance and protection systems based on multi-influence measurements (acoustic, electric, magnetic, seismic and pressure).

This is the second agreement reached between SAES and GIDROPRIBOR Kazakhstan. The first, signed in 2014, also during the celebration of KADEX, allowed the introduction, in the area of influence of Caspian Sea, the high-frequency active sonar, DDS-03, specially designed for the detection of divers and underwater vehicles, manned and unmanned (SDV, ROV or UUV) for the protection of ports, ships and critical infrastructures.

By this agreement, SAES and GIDROPRIBOR have sealed an alliance in order to meet present and future needs of the Armed Forces of Kazakhstan in underwater defence systems.