Captain Nurettin Sevi, Turkish Navy, Aerospace and Defense analyst at GlobalData comments: “The US has historically maintained the largest and most sophisticated Navy since the end of the Cold War. However, total fleet numbers have been getting smaller for decades and fell below 280 ships in 2014. In order to reverse this trend, in December 2016, the US Navy released a force-structure goal that aims to maintain a fleet of 355 ships of various categories, excluding unmanned platforms. Later, in December 2020, Trump Administration released its own vision for future Navy force structure, aiming to have more than 500 ships by 2045, which specifically included 143 to 242 large unmanned vehicles. The Biden administration hasn’t changed or adopted this proposal yet, but it is highly likely unmanned vehicles will form a key part of reaching the required number of ships cost-effectively and maintaining the US Navy’s leading position.”

Unmanned maritime vehicles will play a significant role in future naval operations. They will serve as a force multiplier by supporting and extending the situational awareness of traditional manned naval assets and operating with them in the same battle force while undertaking a number of missions, including laying, detecting and clearing mines and finding, tracking and engaging adversaries.

In order to embed unmanned vehicles into the future fleet structure, the US Navy has been making investments in a significant number of areas including Large and Medium USVs, Sea Train and the NOMARS (No Manning Required Ship), Extra Large UUV, Large UUV, Manta Ray and more. Other advanced navies such as UK Royal Navy, French Navy, PLA Navy and Russian Navy are also seeking to integrate unmanned maritime vehicles and companies are working on projects to aid this transition. For example, Thales and Steller Systems have launched a new concept known as the Transition Ship (TX Ship), which offers a lean-manned evolutionary step towards fully autonomous vessels. 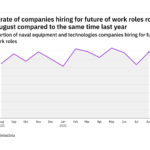 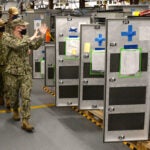 Comment
Opinion: The UK has lost more than a monarch with the passing of Queen Elizabeth II
Data Insights
View All

The growing interest in unmanned platforms stems from multiple advantages over their manned counterparts. Notable is the fact that they can be manufactured and operated at a lower cost with a reduced supply footprint, as well as being inherently stealthier and more readily sent to hostile or dangerous areas that are risky for human operators.