The concept of high intensity warfare (HIW) or high intensity conflict (HIC) has rapidly become a dominant theme within the global defence market over the last few years, with recent events such as the Russian invasion of Ukraine in Europe, Chinese territorial disputes with nations across Southeast Asia, and continued proxy wars between Iran, Israel, and Saudi Arabia in the Middle East cementing the importance of remaining informed and prepared for such a scenario.

Listed below are the key macroeconomic trends impacting the high intensity warfare theme, as identified by GlobalData.

Although there has been a recent uptick in investment due to the growing threat of HIW, the cost-saving trend that dominated military spheres over the last five years was typified by widespread reductions in overall manpower across the different service branches. As major counterinsurgency operations in the Middle East and Central Asia ended, various North Atlantic Treaty Organisation (NATO) member states began implementing budget cuts and re-prioritising other areas of government spending, particularly in light of several unexpected factors—including the Covid-19 pandemic and subsequent economic downturn.

This led to several military forces considering a comprehensive restructuring of their forces to make the most of their limited manpower, evoking references to a more ‘expeditionary’ posture and increasing focus on the development and adoption of autonomous systems to fill capability gaps and act as ‘force multipliers’ in the face of staffing shortages. 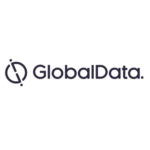 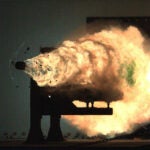 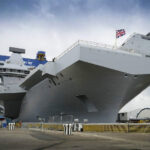 Due to the increased risk of open conflict between geopolitical superpowers, nations across the globe have been incentivised to increase their defence budgets to better prepare their armed forces for any future high-intensity armed engagements. Following the invasion of Ukraine, several previously pacifistic nations such as Germany and Finland have significantly enhanced allocations to their domestic defence budgets in light of the deteriorating security situation in Europe.

Meanwhile, the European Union itself has agreed to increase defence expenditures and international cooperation efforts over the next five years to enhance security within the bloc and provide a buffer against Russian military aggression.

In light of the everchanging nature of warfare, modernisation remains a constant pressure for military strategists and procurement officers alike. However, due to the impressive technological leaps achieved over the last two decades, advanced military systems are becoming increasingly expensive to acquire due to a heavier reliance on rare materials, costly manufacturing processes, and extensive prototyping as manufacturers seek to meet stringent standards, thus further expanding the inevitable capability gap between nations with different funding priorities and defensive capabilities.

This may cause smaller nations to prioritise acquiring a smaller amount of new, advanced systems over a larger quantity of legacy systems, as such technologies could act as ‘force multipliers’ in the appropriate circumstances.

One of the potential macroeconomic risks actors in a HIW scenario may face are punitive economic sanctions imposed by third-party nations, non-governmental organisations, and trade bodies as a means of restricting a belligerent government’s access to economic lifelines and services on which their society is heavily reliant. These sanctions can be general or specific, from targeting individuals and commercial entities in smaller cases to targeting entire commodities markets and financial services in more extreme situations.

Though sanctions have historically seen limited effectiveness in curbing aggressive military actions, the recent array of punitive sanctions against the Russian Federation following the invasion of Ukraine has proven to be relatively effective, with reports indicating that the Russian aerospace and defence industries were currently suffering from supply chain and logistics issues due to the restrictions imposed on their access to foreign-made components or technologies.