Regulatory restrictions currently present a significant barrier to adoption of robotics, and more precisely to drone technology, in sectors, such as logistics, meteorology and environment, mining, oil and gas, and media and entertainment. As restrictions ease, the applications rates are expected to grow steadily across sectors.

Listed below are the key regulatory trends impacting the robotics theme, as identified by GlobalData.

Regulatory challenges are one of the reasons why some of the use cases for drones have struggled to take off. The most significant case is that of Amazon’s drone delivery plans. Even though the company has not abandoned plans to use drones to bring orders to customers’ doorsteps, it fell behind UPS and Alphabet in getting approval from the US regulator to perform test flights. In the UK, the company is reportedly scaling back its plans as it could not build a delivery drone device lighter than 27kgs, which the UK regulator did not consider to be a small drone.

Global players face the challenge of navigating a very fragmented regulatory landscape. Very few countries have a laissez-faire approach to drones. Among those, only Turkey, Sweden, and Argentina are significant markets. 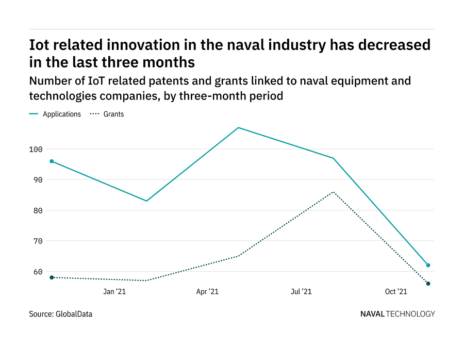 Drones present specific regulatory challenges within robotics. Their low cost and ease of use make them attractive for criminal activities ranging from illegal surveillance to drug smuggling or terrorism. Drones are regularly used to smuggle contraband into prisons, and their use on a larger scale by drug cartels and dissident organisations will inevitably increase.

As robots become more artificial intelligence (AI)-driven, the datasets required to drive AI engines become increasingly important. China has the edge in generating these datasets because it has a richer trove of industrial data than any other country. In addition, its cybersecurity laws require all such data to be processed inside its borders. China’s Data Security Law (DSL) has been in the works for years but was enforced from September 2021. As a result, transferring data to locations outside China will become more difficult, and breaching the law will come with severe penalties.

The Chinese government seems to have deliberately left the exact scope of the data categories included intentionally broad and vague to allow for flexible interpretation. As a result, non-Chinese companies will find it more challenging to operate in China.

The more widespread use of AI raises complex ethical issues, the relevance of which will only increase as the technology’s influence in areas like medicine, finance, and the law becomes more pervasive. As the AI industry matures, a vital area of focus will be ensuring that human biases and prejudices are not passed on to AI systems through data, algorithms, and interaction.

Also, it will be crucial to ensure that the economic benefits derived from AI are shared across society. AI is central to robotics, bringing with it some of the ethical dilemmas that AI faces in other areas. For instance, soft robotics will generate human-like machines, which when combined with AI, could create robots that can feel pain or stress in the future. This will raise concerns about the rights and well-being of machines.