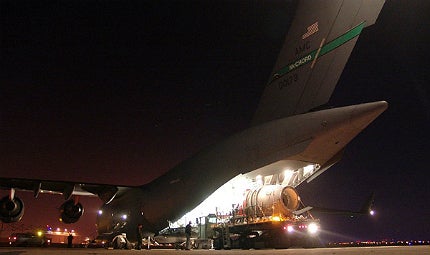 While going to sea in a submarine is, inevitably, always going to carry a certain amount of associated risk, things have come a long way from the days when a downed sub meant certain death for its crew. The early successes of the likes of Charles Bowers ‘Swede’ Momsen’s revolutionary rescue chamber in 1939 – saving all 33 survivors of the Squalus – have ultimately led to the sophisticated systems of today, and the thorough, professional training of submariners in how to use them.

"The main factors required to survive within a disabled submarine are confidence, knowledge and determination," says Chief Petty Officer Ian ‘Curly’ Callow of the Submarine Escape Training Tank (SETT) facility run by the Royal Navy and located opposite HMNB Portsmouth, at Fort Blockhouse, Gosport. "A submariner will gain all three elements from his training at SETT and on board the submarine."

Nevertheless, as the loss of the Russian class 949a ‘Antey’ submarine Kursk in August 2000 showed, disaster may still strike – though hopefully lessons can be learnt when it does. "I think the Kursk was the main influence for many countries around the world to readdress their own training," Callow says.

Companies Intelligence
View All
Reports
View All
Data Insights
View All
""The main factors required to survive within a disabled submarine are confidence, knowledge and determination.""

He explains that the vessel was at a depth where tower escape should have been a viable option, but the crew’s lack of training coupled with the poor condition of their escape systems effectively made it impossible – while their survival time was also reduced by the poor atmospheric conditions within the submarine.

It seems improving international co-operation and communication might also be something to bear in mind. "With Kursk, ISE and OceanWorks tried to get the Russians and the Australian Navy moving on using the Australian Dry Transfer remotely controlled vehicle," says Dr James R McFarlane, president of International Submarine Engineering (ISE).

With 18 years’ service in the Canadian Navy, including experience as a Lieutenant commander on Oberon Class submarines, and 39 years’ building commercial manned and unmanned subs, he laments the fact that nobody simply appeared to be in charge.

Rise of the ROVs

The rise of such remotely operated vehicles (ROVs) is having a major effect on the shape of submarine rescue, with increasing numbers of the world’s navies and underwater rescue providers now fielding unmanned submersibles. Once again, as Dr Jason Tisdall, robotic technologies business line manager at Fugro Subsea Services Limited (FSSL) explains: "Training plays a big part in getting it right."

"It seems improving international co-operation and communication might also be something to bear in mind."

FSSL has just launched a new Submarine Rescue Vehicle (SRV) simulator which sets out to further improve emergency response. According to Tisdall, a physics engine lies at the heart of the system, which can be run on a desktop PC or integrated into a rescue vehicle’s control console, enabling subsea conditions to be simulated in remarkable detail. He explains that whatever environmental parameters are fed into the software, the virtual vehicle behaves just as its physical counterpart would in the real world – and that means it becomes possible to simulate the sort of bad weather topside, and challenging conditions underwater that would stop the launch of real-life training missions.

Authenticity is the key, and a range of features ensure that the experience for the vehicle’s pilot is as close to the real thing as possible. The new simulator is able to navigate to the stricken submarine by both camera and sonar, there is emulation of industry-standard five and seven-function manipulators to allow various interventions to be carried out, and aspects such as crane lifting and recovery and even failure modes can also be faithfully simulated. Tisdall says it all adds up to such a good facsimile that to all intents and purposes it feels almost exactly the same as actually doing it for real, pointing to the successes FSSL have had in convincing the International Marine Contractors Association (IMCA) to accept one-to-one equivalency for hours clocked up on class A and B simulators.

Although as Tisdall says, there are no statistics available on how effectively such training translates into success in actual submarine rescue – the need being, fortunately for the world’s submariners, relatively rare – there is plenty of evidence from FSSL’s experience with the offshore oil and gas industry. "We have some stunning examples from subsea. A complex tie-in operation which took 24 hours to complete without simulator based rehearsal, reduced to just seven with it, and some of the best performers were those who had not previously used that equipment."

He explains that the facility to view the task from multiple angles – even ones that are impossible to achieve in real life – helps to overcome the natural variability between each individual operator’s ability to hold a 3D image of the world in their heads. This kind of flexibility, however, potentially offers its two biggest benefits on a real life operation.

Firstly, it allows the team to use the transit time to practise the upcoming mission using the available data from the incident site, permitting various rescue options to be tried out ahead of arrival. Then, secondly, as the actual rescue unfolds, it provides real-time situational awareness through 3D visualisation, with different personnel able to watch the events from different angles according to their needs.

FSSL is Europe’s leading producer of remotely operated vehicle (ROV) simulators and have been building SRV simulators for more than ten years, during which time they have supplied prototype trainers to a number of the world’s navies. According to the company, the new SRV simulator has already attracted the interest of one potential naval customer, and it is hoped more will follow.

McFarlane views this growing move towards the use of vehicles, and at greater depths, as one of the biggest developments that he has seen during his lengthy career – and believes that it, along with tower escape, will probably remain the mainstay of submarine rescue for the foreseeable future. "I think we are probably as far as we are going for the next 20 years," he says.

As all three experts persistently point out, whatever method is involved, the real key to successful rescue comes down to training.

"Technology will always be important to ensure systems are improved in the future. However, pressurised escape training is the only way to prepare a submariner to face the challenges he will experience in the escape tower during an escape," explains Callow.

The main goal for the future, he suggests, is providing training centres able to address the particular challenges associated with both survival within a disabled submarine and then the escape process itself – something which, it seems, is not always straightforward to achieve.

"A new facility will be designed and built in Scotland in the future. The planning is in progress," he says. "However the decision as to which companies will be involved has yet to be made."

Battle of the Submarines: Akula versus Virginia

Having sailed undetected into US waters; Russian Akula-class submarines are currently enjoying a spell in the limelight.

Six Trafalgar Class nuclear-powered attack submarines are in service with the Royal Navy.

Yasen / Graney Class submarines are being built by Russia’s Sevmash shipyard for the Russian Navy.