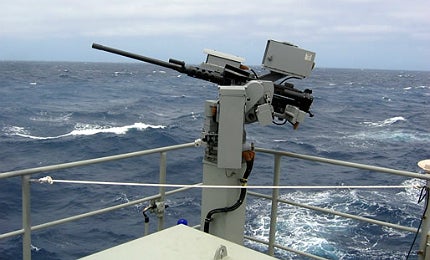 Designed for anti-tank warfare, possibly the last place you’d expect to see a Rafael Spike fire-and-forget guided missile would be at sea, let alone on a robotic boat, but they may offer a step towards revolutionising sea warfare. The US Navy has for the first time launched six Spike missiles from an unmanned surface vessel precision engagement module (USV PEM), successfully hitting a floating target as far away as 3.5km.

The demonstration was carried out by the Chief of Naval Operation’s Expeditionary Warfare Division and the Naval Sea Systems Command’s Naval Special Warfare Program Office as part of efforts to develop an arsenal that could successfully engage armed small boat swarms.

The USV PEM platform is an 11m-long inflatable hulled vessel armed with a 0.50 calibre gun alongside the missile launcher. Remotely operated by shore-based sailors at the US Navy’s Patuxent River base, the PEM aims, fires and updates the missile in flight. 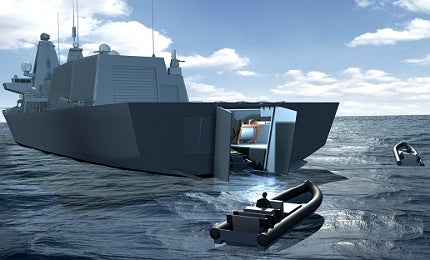 "We’re surrounded by water," he said. "Unmanned vessels, like unmanned aerial vehicles, give us reach and capability without the same risk. It allows you to keep harm at a distance, so there’s a lot of interest."

Not all armed USV development is in the hands of the big spenders, some is driven by necessity, such as the Ecuadorian Navy’s bid to beat piracy in its waters. In February, it tested its prototype USV, B.A.E. Esgrum, on the Guayas River.

Navy research director Eduardo Cadena said: "Under ideal conditions, the USV can detect installations occulted by high-density vegetation. Basically, you can’t see the robot, but the robot can see you."