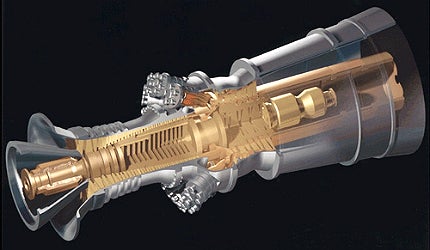 Relatively small and self-contained, readily scalable and with fundamentally straightforward maintenance requirements, gas turbine engines have a clear attraction for naval use, but conventional versions have little room left for improved performance. Today’s gas turbines represent the culmination of decades of research and evolution, during which time the designs found aboard naval vessels and aircraft – as well as most commercial planes – have been honed to near perfection.

As a result, any attempts to optimise them further seem unlikely to offer much more than a one or two percent gain in efficiency – and that is a far cry from the ten percent higher power and 25% lower fuel consumption the US Navy now seeks.

Achieving those sorts of goals calls for a different kind of gas turbine altogether, and if work on rotational detonating engines (RDEs) at the Naval Research Laboratory (NRL) goes according to plan, that could ultimately mean ships being driven by what is in effect an ongoing explosion.

Analysis
Ultra to deliver sonobuoys to support US Navy fleet

Dr. Kazhikathra Kailasanath, director of the Laboratories for Computational Physics and Fluid Dynamics at NRL, explains that unlike conventional gas turbines, which burn fuel by relatively gentle ‘deflagration’, this new kind actually detonates its fuel – and therein lies the key to its enhanced performance.

"Thrust is provided by pulses of hot gas firing out of the engine’s nozzle around 50 or 100 times a second."

Normal gas turbines operate in three distinct steps – known as the Brayton cycle. A compressor pressurises the air inflow, injected fuel then mixes with it and burns, and finally the hot, expanding gases exit the engine via a nozzle, the energy being subsequently used either directly for propulsion, or to drive a generator. The burning phase forms the principal limit on performance, since a conventional deflagration flame propagates at subsonic speeds; a detonation, by contrast, travels supersonically.

According to Kailasanath: "This rapid form of combustion increases both the pressure and temperature while the conventional form of flaming combustion takes place at nearly constant pressure. This pressure increase can be used to do additional useful ‘work’ and hence we attain a higher efficiency with these detonation-based engines."

To date, in computer simulations, his team have come within ten percent of the maximum theoretical efficiency for a detonation cycle. "I think we understand enough of the physics of the processes that it is time to build and demonstrate a small device," he says.

The general concept of an ‘exploding’ engine is not a new one, the idea arguably going back as far as the works of Jules Verne, with practical research in modern times largely concentrating on pulsed detonation engine (PDE) designs. In these, thrust is provided by pulses of hot gas firing out of the engine’s nozzle around 50 or 100 times a second – an approach which successfully powered an Air Force Research Laboratory aircraft during a record-breaking manned flight in 2008.

"Today’s gas turbines represent the culmination of decades of research and evolution."

The NRL has itself been at the forefront of PDE research during the last decade, but developing the technology for practical applications has its challenges – not least the inherent difficulty in initiating such repeated high-frequency detonations throughout the duration of use.

This is not, however, a problem shared by RDEs. The fact that they only require a single initial detonation, which when fed a pressurised fuel-air mix from micro-injectors continually spins around the combustion chamber, constantly producing thrust, accounts for a large part of their appeal – but the approach nevertheless has some difficult issues of its own.

Possibly the biggest of those currently is that, because the fuel detonates in close proximity to the micro-injector inlets, it has been found experimentally that the pressure directly behind the detonation wave can tend to block the injection nozzles, causing a backflow.

Finding a solution is an area of active research at NRL, as well as a number of other institutions, including the University of Texas at Arlington and the Lavrentyev Institute of Hydrodynamics in Novosibirsk – and will obviously be essential for the reliable operation of any future RDE device. 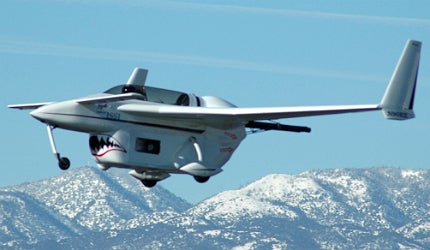 There is also the practical question of developing combustor designs and materials capable of withstanding the high pressure and temperature from the detonation, while being durable enough to tolerate them for the protracted periods necessary in-service.

"The general concept of an ‘exploding’ engine is not a new one, the idea arguably going back as far as the works of Jules Verne."

With the RDE concept being a relatively new entrant to detonation engine research, the forces and heat fluxes likely to be experienced within the system are, at least for the moment, incompletely understood, which obviously complicates efforts at optimisation. However that may be about to change, as work at NRL simulating RDEs running on a range of fuels continues to model the flow inside the combustion chamber and give an increasingly clear insight into the underlying physics involved in the process.

It will be some time yet before these – and other – issues are fully ironed out, and longer still before US ships will be crossing the oceans on detonation energy, but many are hoping that RDEs will be the way of the future. One of options Kailasanath is looking at would be to replace the main combustor in current gas-turbine engines – which relies on conventional deflagration ‘flaming combustion’ – with a detonation-based combustion chamber instead. "If this is successful, retro-fitting will be easier than if an entirely new gas-turbine engine is to be built," he says.

At the moment there are some 430 conventional gas turbines aboard 129 of the US Navy’s ships and annually they consume around $2bn of fuel – roughly one and a quarter percent of the entire Department of the Navy budget. It has been estimated that retro-fitting them with RDE technology could one day save the service up to $400m a year.

Although the research is still only in its early stages, with defence spending already slashed, and still under scrutiny, there is clearly much riding on the work being done and the future potential of detonating engines.

A recent US Navy demonstration during the ongoing Rim of the Pacific (RIMPAC) 2012 exercises in the Pacific saw an entire aircraft carrier strike group run exercises using biofuels and other eco-friendly energy sources.

Does the US LCS programme hold water?

As the US Navy’s new Littoral Combat Ships begin to roll off the production line, fervent criticism has began to cloud the launch.