The rising number of incidents involving drug smuggling and piracy has led to an increasing demand for patrol vessels capable of fulfilling a variety of roles and operational requirements within littoral zones, close to shorelines, as well as further into deeper water.

Capable of operating in and around shallow water and littorals these offshore patrol craft combine high cruise speeds with efficient armaments in order to counter fast-moving and agile vessels used by pirates and drug smugglers, while also providing an operating base for naval helicopters and fast-moving deployable boats used by special forces. 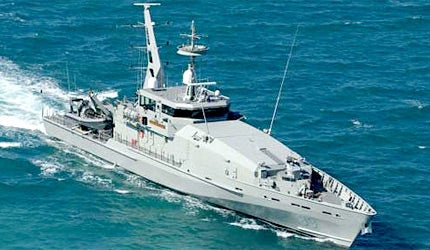 Acquired to replace the Freemantle Class patrol vessels, Australia’s fleet of Armidale Class patrol boats are based in Darwin and Cairns, reserved for use in surveillance, interception and escort missions, and were first commissioned in December 2003.

Armidale Class Patrol Boat The Armidale Class patrol boats are based at the Darwin, Northern Territory and Cairns, Queensland naval bases and are deployed on surveillance, interception and escort missions.

The main tasks of the Armidale Class vessels are to support civilian authorities in custom patrols and measures in littoral areas against illegal immigration, both key tasks for Australian authorities. Although the vessel’s cruise speed is approximately 12kts, two Zodiac waterjet boats can be stored on the stern deck, allowing rapid deployment of additional forces.

Due to the nature of the waters surrounding Australia, the Armidale Class vessels have been designed to conduct surveillance missions in conditions up to sea state five, with wave heights of up to 4m, whilst also being able to successfully operate within cyclonic weather conditions.

In terms of armament, the patrol boats come armed with a Rafael Typhoon 25mm stabilised naval gun mount with an ATK Bushmaster cannon, whereas BAE Systems Australia has provided the vessels with its passive radar identification system (PRISM III) in order to provide detection and direction finding capabilities. 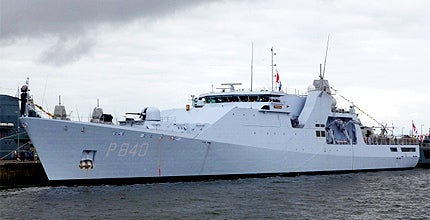 Damen Schelde Naval Shipbuilding was tasked with constructing the Holland Class Patrol vessels in December 2007 as part of a €467.8m project to provide the Royal Netherlands Navy with four offshore patrol vessels.

Due to be commissioned between 2011 and 2013, the Netherlands’ fleet of Holland Class patrol vessels have been designed to support international task forces in littoral zones, aiding in anti-piracy missions and counter-drug missions, while also operating as support ships during crisis relief. The Royal Netherlands Navy will deploy the vessels to the Caribbean and North Seas.

The vessel’s broad platform provides stability in marine seas and has been constructed using thick steel, reducing its tensile strength but increasing the vessel’s capability to resist the impact of small-calibre weapons more commonly associated with anti-piracy missions.

All armaments onboard the vessel, which include a 76mm Oto Melara Super Rapid gun and a 20mm Oto Melara Marlin WS gun, can be operated remotely, while the vessel also comes with a fully equipped hangar capable of supporting an NH-90 helicopter. 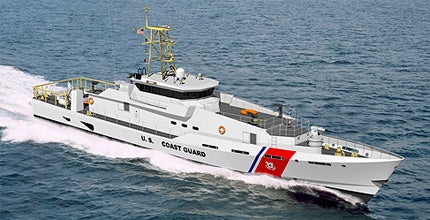 Being constructed as part of the US Coast Guard’s (USCG) Deepwater programme, Sentinel Class patrol boats have been commissioned in order to address USCG patrol gaps and assist in immigration and drug interdiction missions within littoral zones around the Caribbean Sea and Gulf of Mexico.

Sentinel Class Fast Response Cutter The Sentinel Class patrol boat or fast response cutter (FRC) is a new class of cutters being built under the Deepwater programme of the US Coastguard (USCG).

Following the award of a $166.1m contract option in September 2010 for four additional craft, the USCG’s total order stood at eight vessels, worth $410.7m, with the USCG planning to acquire a total of 58 patrol boats within the vessel’s operational expectancy.

A modified version of the Damen Stan 4708 patrol vessel, the fast response cutter (FRC) features a bow thruster for manoeuvring within narrow anchorages and channels, underwater fins to resist rolling and pitching in large waves and a Bushmaster 25mm chain-fed autocannon.

One particular strength of the FRC is its versatility, with the vessels capable of operating independently in a vast array of missions including coastal security, marine environmental protection, search and rescue and national-defence operations. 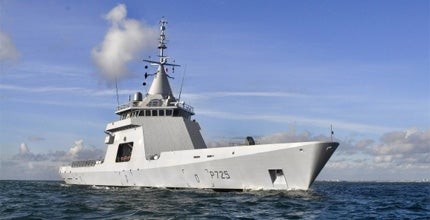 L’Adroit is a Gowind Class offshore patrol vessel (OPV), designed and built by DCNS for the maritime safety and security missions

France’s L’Adroit offshore patrol vessel, belonging to the Gowind Class of offshore patrol vessels, was launched in May 2011 and was delivered to the French Navy in October 2011, having successfully completed its sea trials two months prior. Although the French Navy will carry out additional tests of its equipment and systems until 2014, the ship is seen as vital to France’s counter-piracy, environmental protection and drug interdiction capabilities.

L’Adroit Offshore Patrol Vessel L’Adroit is a Gowind Class offshore patrol vessel (OPV), which was designed and built by DCNS for the maritime safety and security (MSS) missions of the French Navy.

Capable of providing 220 days of at-sea-availability each year, the L’Adroit offers shelter for a 5t helicopter and a landing facility for a 10t helicopter, as well as also carrying two rigid-hulled inflatable boats (RHIB) for use by onboard forces. Fast commando boats can be covertly deployed within five minutes and the vessel also has the capability of launching naval UAVs. 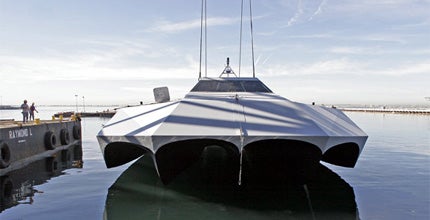 The M80 Stiletto was developed for high-speed military missions in shallow, littoral and near-shore waters

The future of offshore patrol could, however, lie in the design of the US next generation vessel – the M80 Stiletto.

Constructed with carbon-fibre materials, the M80 posses a unique hull design allowing the vessel to achieve speed, ride quality, payload capability and provision for unmanned vehicle support that is currently unmatched in the naval field.

M80 Stiletto Next-Generation Littoral Vessel The M80 Stiletto is a prototype naval ship manufactured by the M Ship Company, to meet specific requirements of the Pentagon’s Office of Force Transformation.

The vessel, currently in field trials conducted by the US Department of Defence, is designed for high-speed military missions in shallow, littoral and near-shore waters. The twin-M-hull vessel is capable of reaching speeds of up to 60kt, creating an air cushion by recapturing the bow wave and using its energy in order to produce less drag.

While also posing greater energy efficiency, fleet costs are reduced due to higher reliability of construction and maintenance, both sure to be increasingly attractive for a navy forced to contend with budget restraints.

The M80 has previously participated in Trident Warrior joint-force exercises and has seen action in Colombia, participating in shallow-water drug interdiction operations that resulted in the capture of 1,800lb of cocaine.

Industry project on the littoral combat ship (LCS), the first of a new family of surface ships for the US Navy.