Changing trends in naval warfare are shaping the vessels of the future. The need to stop increasing piracy and the threat of terrorists using smaller vessels has led the navies of both the US and the UK to assess their options. The result? The US Littoral Combat Ship and the UK Type 26 Global Combat Ship.

Despite being designed to fulfil differing capability gaps, both vessels rely on modularity to do so. Whereas the US Navy will be able to install separate modules onto its LCS ships, the UK Royal Navy will rely on a single, adaptable modular design that can be fitted with new technology quickly and efficiently. Both will possess the ability to dispatch helicopters and rigid inflatable boats (RIBs), manned by special task forces to thwart terrorism, while an array of armament will deter anything of a larger scale. 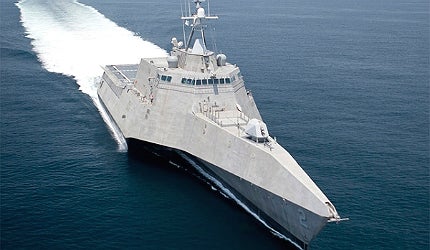 The US Littoral Combat Ship has two specific and different designs, with the Independence-Class and Freedom-Class vessels designed to boast different strengths and operational capabilities.

"Both will possess the ability to dispatch helicopters and rigid inflatable boats (RIBs), manned by special task forces."

The Freedom-Class vessel, designed by Lockheed Martin, consists of a high-speed semi-planing monohull, whereas the General Dynamics-built Independence-Class is a trimaran with a slender, stabilised monohull.

The UK Royal Navy’s Global Combat Ship consists of a single, modular design that remains adaptable. Components of the vessel can be adjusted or fitted with new technology to boost its operational capabilities, whereas a ramp located at the rear allows for the dispatch of RIBs.

A flight deck is capable of hosting a heavy lift helicopter, such as a Chinook. The 2011 design of the vessel shows it to have a length of 148m and a maximum beam of 19m, resulting in a displacement of around 5,400t. 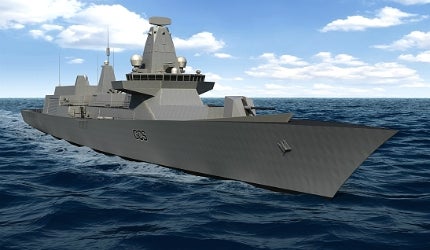 Powered by either combined diesel electric or gas turbine engines, the Type 26 GCS will be capable of maximum speeds in excess of 28kt, with a maximum range of 11,000km at speeds of 15kt.

The vessel’s endurance will, however, be capped at 60 days owing to the crew it can support.

Long-range transit distances of more than 3,500 miles will be covered by both vessels. Both vessels will have a sprint range of around 1,500nm, with an extended range of 4,300nm at an economical speed of 20kt. 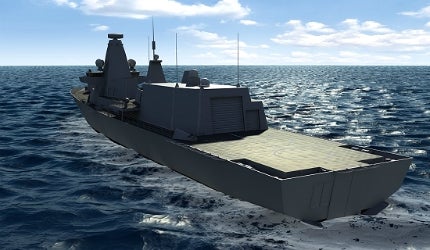 The flight deck of the Type 26 GCS can support a Lynx Wildcat or Westland Merlin helicopter. Image courtesy of BAE Systems.

Aside from possessing the modular capability to adapt and fulfil a number of operational roles and capabilities, the GCS has been designed to fulfil three primary roles; anti-submarine warfare (ASW), anti-aircraft (AAW) and general purpose (GP).

"Long-range transit distances of more than 3,500 miles will be covered by both vessels. Both vessels will have a sprint range of around 1,500nm."

ASW variants will be equipped with hull-mounted sonar and low frequency active and passive sonar to protect against submarine threats, as well as a target indication and fire control radar.

Both Independence and Freedom-Class vessels have been designed with the ability to operate within very shallow waters, increasing the US Navy’s capabilities within littoral waters that have, until now, been neglected. Mission modules installed aboard the vessels will be able to be changed, tested and declared operational within 24 hours, although mission packages are focused upon three areas; mine warfare (MIW), anti-submarine warfare (ASW) and anti-surface warfare (SUW).

The mission modules can be integrated into standard-sized containers that are simply installed on the ship, with other systems transferred via pallets.

Mission systems are then simply connected to the ship’s network, communicating with the ship’s other systems. Each mission module has equipment designed to fulfil a specific role, with the MIW module including an AN/WLD-1 remote minehunting system and the ASW module including the Sea Tactical Littoral Ocean Network (TALON) undersea surveillance system. 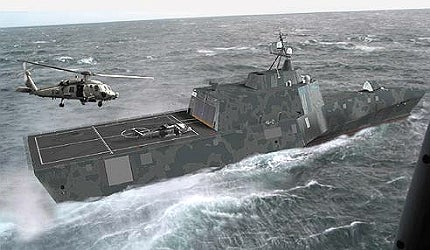 Hellfire missiles can be equipped onboard an MH-60R helicopter docked on the LCS. Image courtesy of General Dynamics.

"Both Independence and Freedom-Class vessels have been designed with the ability to operate within very shallow waters."

The anti-surface warfare module comes with an mk46 30mm cannon, whereas Hellfire missiles can be equipped onboard an MH-60R helicopter docked onboard.

The Type 26 GCS promises to boast an arsenal of weapons designed to counter various threats.

Guns installed onboard the vessel itself will include an 127mm medium calibre gun, two Phalanx CIWS and four general purpose machine guns, whereas the ship’s missile defence will be capable of hosting the UK Royal Navy’s new Sea Ceptor missiles, scheduled to enter service in 2016 with the aim of protecting vessels from aerial attack.

A torpedo launching system armed with Stingray torpedoes is also expected to be installed onboard the vessels.

The Global Combat Ship (GCS), previously known as the Future Surface Combatant, is a multirole warship development programme undertaken in the UK.