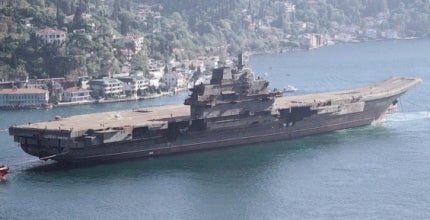 As major aircraft carriers including HMS Illustrious and USS Enterprise approach decommissioning, attention is quickly turning to their replacements. Billions have been ploughed by the US and UK governments to ensure that they continue their claim to possess the most advanced navies in the world, and supercarriers are considered a cornerstone of such a naval force.

There is, however, a new challenge. China’s aircraft carrier programme has been shrouded in secrecy, but known of for years. When the ex-Soviet aircraft carrier Varyag was purchased by China in 1998, it signalled a major statement of intent by the nation to create a naval force to rival the major players. The carrier’s recent entry into service with the Chinese navy, under the new name of Liaoning, has once again piqued global interest into China’s naval strength. Entering service to a backdrop of increased tensions in the East China Sea, Liaoning currently has no operational aircraft and will be used for training exercises whilst the nation hones its carrier-based expertise.

China’s attempts to build such a force haven’t been without controversy however, with allegations of reverse engineering potentially derailing the nation’s search for key equipment.

Analysis
When Electrical Equipment Should Not Go To Waste: Part II – Compliance 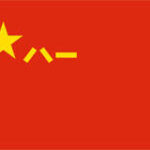 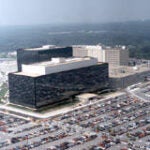 Analysis
All Aboard the Cyber Bandwagon
Data Insights
View All

Pictured in August 2011 by DigitalGlobe via satellite as it underwent sea trials, China’s aircraft carrier programme is making assured, if slow, progress towards deployment. 14 years since the ex-Soviet aircraft carrier Varyag was purchased, the carrier has undergone a substantial refit and has been equipped with internal systems that have added around 8,000t to the vessel’s displacement.

Although shrouded in secrecy, the image captured by DigitalGlobe did reveal that arrestor cables have yet to be fitted onto the carrier, which analysts at Jane’s suggest could hint towards possible problems in acquiring an arrestor system. Whilst Russia would appear a likely source of such a component, the relationship between the two nations has been somewhat strained by China’s alleged reverse-engineering of a Sukhoi 33 carrier jet. Russia had identified China as a potential export customer for the aircraft for its aircraft carrier programme, however negotiations broke down after it emerged China had acquired an Su-33 prototype from Ukraine.

Further developments arose when Taiwan intelligence chief Tsai Teh-sheng informed his country’s parliament that China’s plan was to build two carriers with development starting in 2013 and 2015 and deployment commencing in 2020 and 2022 respectively. These developments would coincide with previous suggestions that China would be looking to match Japan’s and India’s naval procurement plans, with both nations planning to expand their respective aircraft carrier capacity.

"Although China faces a lengthy wait until its first air carrier is operational, this hasn’t stopped the nation preparing its pilots."

Although China faces a lengthy wait until its first air carrier is fully operational, this hasn’t stopped the nation preparing its pilots. A concrete replica of an aircraft carrier’s flight deck has been constructed atop a government building near Wuhan, with carrier pilots and operations personnel undergoing training drills.

Having withdrawn from negotiations to purchase Sukhoi Su-33 carrier-based fighters, China has placed its faith in its own ability to indigenously develop such an aircraft. The Shenyang J-15 is now undergoing flight testing, using an FWS-10H turbofan engine instead of the AL-31 engines supplied by Russia. The aircraft is now largely suspected of carrying Active Electronically Scanned Array radar, whilst also being capable of thrust vectoring.

The carrier’s entry into service has been welcomed by China’s leaders, with the nation’s Defence Ministry stating: "Having the aircraft carrier enter the ranks will be of important significance in raising the overall fighting capacity of our nation’s navy to a modern level."

China expects the vessel to "Increase [China’s] capacity to defend, develop its capacity to co-operate on the high seas in dealing with non-traditional security threats and will be effective in defending the interests of state sovereignty, security and development."

The UK has shelved plans to switch to the F-35C variant after the cost of fitting equipment aboard the Queen Elizabeth Class carriers rocketed.

After 2010’s Strategic Defence and Security Review, the very fate of the Queen Elizabeth class carrier programme remained undecided. With only one carrier certain to be commissioned, a decision had also been taken to fit the carrier with catapult and arrestor gear in order to facilitate the use of the F-35C variant of the Joint Strike Fighter programme.

Almost 18 months later, and a final decision has only just been made, with the coalition government forced to back track and revert to Labour’s decision to acquire the F-35B STOVL variant aircraft, citing spiralling costs of work associated with fitting the catapult and arrestor equipment. Instead, Defence Secretary Philip Hammond announced the government’s intention to complete both carriers with ski-jumps, revealing that the cost of converting a single aircraft carrier had rocketed to at least twice the original estimate to around £2bn.

Predictably, the coalition government’s decision to revert back to the decision made by Labour has not been without controversy and political wrangling. Abandoning intentions to fit the carrier with catapult and arrestor gear and the total cost of the conversion work that had already been completed is estimated to have cost approximately £100m, a cost which former Liberal Democrat leader Sir Menzies Campbell claimed to be an "eloquent demonstration of what is seriously wrong with UK defence procurement".

With a decision as to the design of the aircraft carriers and choice of aircraft cast in stone, talk has now moved onto the finer details of the UK’s fighter aircraft order. The F-35B variant is due to commence flight trials in 2018, with an initial operational capability scheduled for 2020. The UK is set to determine how many F-35B aircraft to acquire as part of the next SDSR review, due for release in 2015.

"The UK is set to determine how many F-35B aircraft to acquire as part of the next SDSR review."

Although it was originally announced in 2006 that the UK would acquire 138 F-35Bs, a key driver of the coalition government’s decision to switch to the F-35C model was that its greater range and payload would mean fewer aircraft would be required, ultimately saving money.

The USS Gerald R. Ford (CVN-78) is scheduled to enter into service in 2015, replacing the USS Enterprise.

The US Navy’s programme CVN 21 for the future generation aircraft carrier programme was previously known as the CVN(X).

The progress made by the US Navy towards deploying its new class of supercarrier has been made with markedly less controversy in comparison to the UK’s efforts. The USS Gerald R. Ford (CVN-78) was estimated to have been around 75% complete as of April 2012, having had its keel laid in November 2009. Its scheduled entry into service in 2015 will end the USS Enterprise’s 50 years of active service with the US Navy.

Research and development for the programme has cost approximately $5bn with each carrier costing around $8bn to construct. Each carrier will come equipped with advanced arresting gear, the new RIM-162 Evolved Sea Sparrow missile system and a new nuclear reactor design. USS John F Kennedy (CVN-79) is scheduled to enter into service in 2020, with the as-yet unnamed CVN-80 due in 2025.

F-35C CATOBAR (Catapult Assisted Take Off Barrier Arrested Recovery) is an advanced fifth generation fighter carrier variant designed and being manufactured by Lockheed Martin Corporation for the US Navy and the UK Royal Navy.