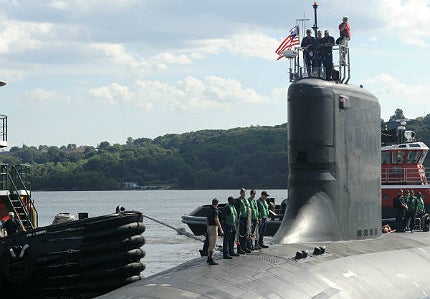 By consolidating costs into one agreement as part of the UK Government’s submarine enterprise performance programme (SEPP), the UK Ministry of Defence (MoD) and Rolls-Royce expect to make savings of around £200m in the next decade.

BAE Systems Maritime – Submarines will be paid £328m to work on the overall submarine design, while Babcock will focus on devising parts of the in-service support as part of £15m agreement. Contracts with both companies to deliver further savings are expected in due course.

According to the Navy Matters website, BAE Systems Maritime – Submarines has already examined two variants fitted with an extra hull section. The first includes fitting 16 Mark 36 Vertical Launch System tubes – suitable for missiles such as the Tomahawk – externally to the pressure hull.

BAE Submarine Solutions also unveiled two new design concepts under development for the MoD’s Future Submarine project, which may inform the design of the Successor-Class submarines.

Although the exact nature of the UK’s access to US Navy reactor technology remain a secret, the Royal Institution of Naval Architects (RINA ) reports it is likely that the UK MoD has been given visibility of the S9G reactor design that equips the US Navy’s latest Virginia-Class nuclear-powered attack submarines (SSNs).

Anglo-American collaboration also informs the Successor’s missile capability. The 2010 Strategic Defence and Security Review stated the submarine will have eight operational missiles, carrying no more than 40 operational warheads between them.

These munitions will be contained within a 12-missile common missile compartment jointly designed with the US Navy for its next-generation Ohio Replacement Submarine – formerly known as the SSBN-X Future Follow-On Submarine – which could accommodate the current Trident D5 missiles and any replacements, once the D5 reaches the end of its expected life in the 2040s.

The new, smaller MSCs are modelled on the system developed for Britain’s Astute-Class SSNs, but adapted for the higher power requirements of an SSBN, and will be integrated into the Vanguard submarines’ existing electrical, control and coolant systems.

The Global Submarine and MRO Market in the UK to 2025: Market Brief

The Global Submarine and MRO Market in the US to 2025: Market Brief

The Submarine Market in the United Kingdom to 2024: Market Brief